Why Your Science Lessons Should Have a Routine

To have a structure and routines that are always remaining the same will help the child to anticipate what is about to happen. This makes the learning situation safe for a child. 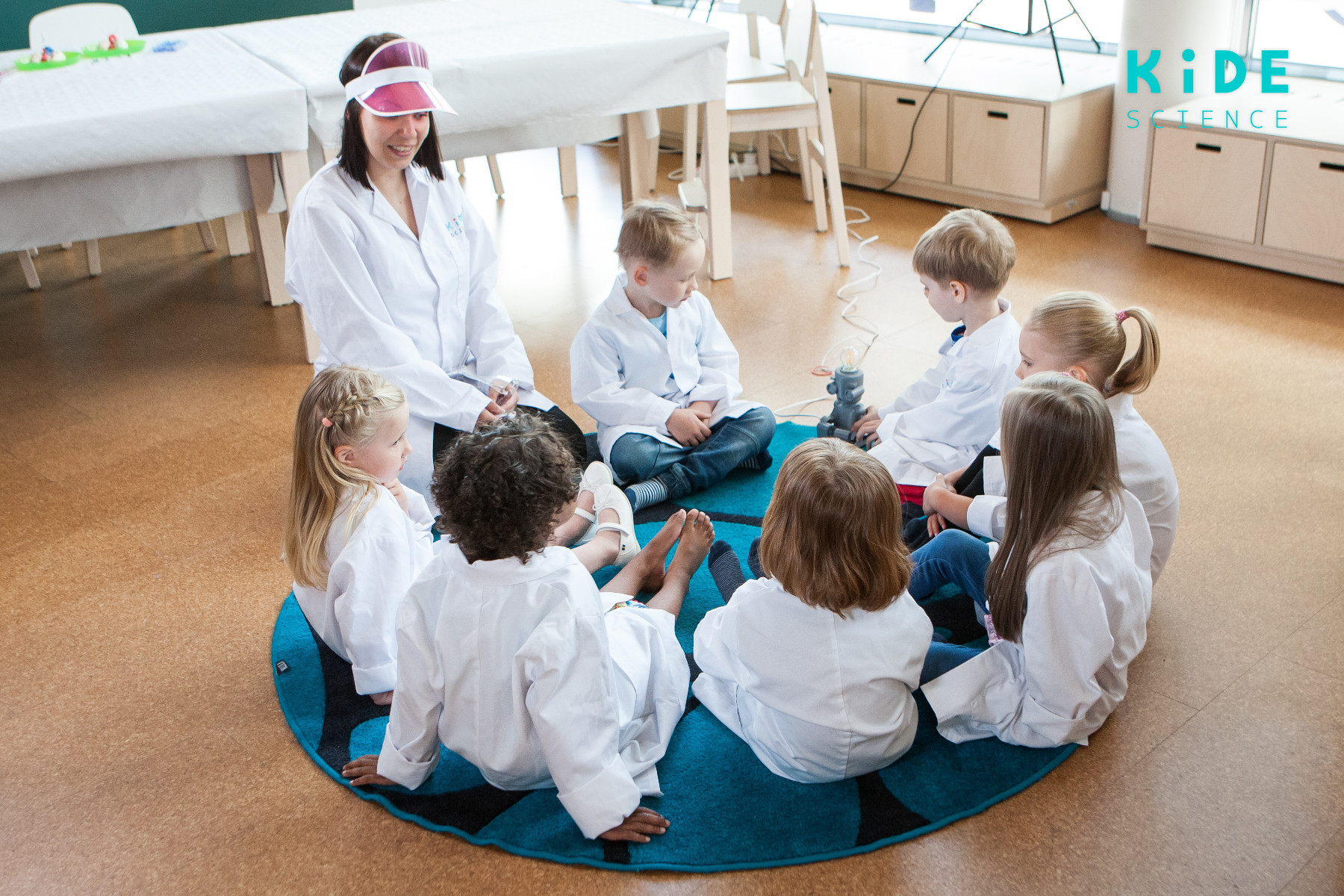 This is the first video in our 10-part teacher training series, focusing on lesson structure and how to build consistency, routine, and transitions that will create a safe space for your students to learn.

In our 10-part series of teacher training, we will walk you through the topics and practicalities including transitions in Kide Lessons, pedagogical tips, questions, assessment, storytelling, children’s agency & preparation, drama approach, group management, adult’s role & home experiment, and scientific arguments behind the Kide-approach.

Adjusting your lessons to fit the different learning styles and levels

When classes have mixed learning abilities, it's crucial to find ways to keep things challenging and engaging for everyone. Find out how, here.

If you're only assessing your students at the end of the learning process, how can you expect them to improve?

There's a very simple way to answer most children's questions that gets them thinking. What do you think it is?

We use stories to set the research problem for the whole lesson and to awaken any previous experiences the scientists might have of these phenomena, creating an imaginary science scenario where everything is possible.

At the beginning of the story, the child runs in and goes straight to the new interesting toy. Is there something we could do here to help the child to come to the circle together?

We use the drama approach, as it helps the child to pay attention and motivates them to get involved. Stories and play make the scientific phenomena easier to approach.

How to Control Classroom Chaos

Our aim should be active learning and a safe learning environment. Not smoothness and control.

Help from Other Adults in Science Lessons

How can you use other adults (like parents) in Kide Science lessons to help further improve the experience for your young scientists? 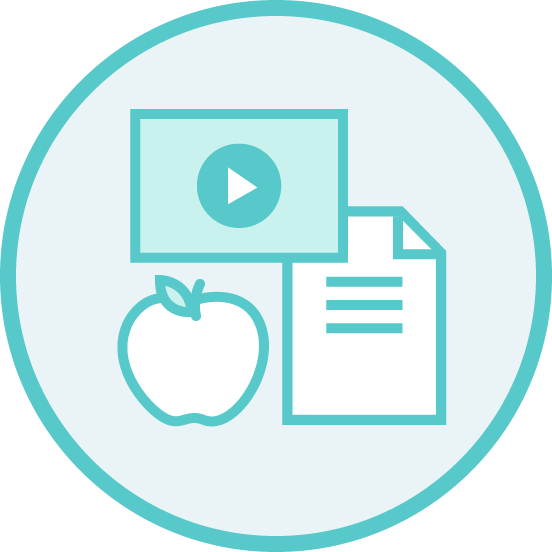 Our pedagogy might not be what parents are used to. Here's how you can explain teaching concepts and skills instead of facts.

We warmly welcome you to our training. My name is Emilia, and I'm here to help you with your Kide Science activities. Now you're having our full lesson plan in your hands for the first time. Congratulations. So far, you've learned a lot about STEAM education for young children. And during this training, we're going to go through all of the pedagogical ideas behind our lessons.

In this video, we're going to talk about transitions a little bit, why they are important, and what are the main things to take into account when moving from one activity to another.

First, a little introduction to the structure of our lessons. First, we're going to do an introduction and a drama agreement, stepping into the story world and role play.

Then the storytime, receiving a letter from Supraland, and setting the research problem through a story.

Then the experiments. Solving the problem of the story hands-on. And sometimes there might be just one experiment, sometimes maybe even three.

And finally, the final report. Here we report back to Supraland what we found out during the lesson.

This structure repeats lesson by lesson. To have a structure and routines that are always remaining the same will help the child to anticipate what is about to happen. This makes the learning situation safe for a child. If the framework offers enough predictability, it will be easier to receive something new and exciting in the middle. After all the content of the story, the experiments and the final report are always going to be different.

It's good to have concrete physical transitions when moving from one part of the listen to another. This way, the structure of the lesson is clear. So next we're about to go through the transitions between each part of the lesson and go through the most general things. What to take into account. If the space allows, we recommend giving the intro outside the actual classroom.

In this case, the transition would be handing in the equipment or supplies for the experiment or asking the children to get a supply basket for their research team.

Regardless of whether you move to the tables for another carpet, you might want to consider moving there with a nice robot tiptoe walk or sneak so that Hoseli the robot won't get scared. This might calm the transition down if needed. If the group is large, you might consider having the children to move to the research station in small groups or pair by pair. This way, you'll prevent a rush hour.

Sometimes you might have several experiments during one lesson. What kind of transition works the best depends highly on the experiments themselves. If it's possible to make a physical transition from one research station to another, that would be recommended. Sometimes, however, the physical transition is not needed, since it might be best to do the experiment on the same station. In that case, however, the transition might sometimes be a little tricky. One very concrete way to do this would be for the children to collect the supplies they don't need anymore and bring them to a clean-up station. After that, they could get another basket for experiment two.

Put all the necessary equipment in it. Another way to do the transition would be using the story to introduce the new supplies and giving new instructions. The story is a very helpful tool when you're trying to gain the scientists' attention for a new task.

Here's an example of what you could say, Thank you for such great measuring you've done so far.

I think Hoseli will be very, very grateful. Now, please put all your science equipment on the table so that you can hear what else Hoseli has sent us.

He has sent us this.

Some other substance that could help us to move on with our investigations.

Now, please make observations. What is the substance like? Why do you think Hoseli sent us this substance and so on and so forth? At the end of the lesson, it's time to end experimenting and gather around to report our findings to the friends in Supraland.

In this transition, the group moves from the research station back to the storytime circle where the story was first to read.

Sometimes finishing experimenting is not so easy for excited scientists. In this case, it might help to emphasize the story once again. Hoseli really wants to know what we found out. He's in big trouble. Remember, it might also be wise to start to prepare the children for the transition.

Okay, we have now time for one more test. After that, we're going to go back to the circle until Hoseli what we found out. This will help the children to predict that the transition is coming. It might be a good idea to develop a routine for this transition as well. The children could, for example, gather all the supplies in a basket or bring it to a clean-up station, and then gather around for the circle.

Again after the final report, it's time to step out of the science role play. A concrete way to do this is to simply take off the lab coats or the scientist's badges. This way, we can tell the children that, okay, our science play is now over, and we can continue another time.

And here is a task for you. Think about the place you're about to give your lesson at. How big is it? Do you have tables and carpets available? Is it possible to divide the space if your space has limited resources? Can you think about some other way to do the transitions? Can you use the story? Or can you use baskets for the equipment? Write down notes and add some ideas about the transitions, and, of course, test your ideas in action. See you later. Bye-bye. 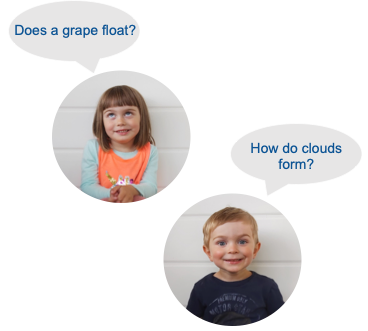 There's a very simple way to answer most children's questions that gets them thinking. What do you... 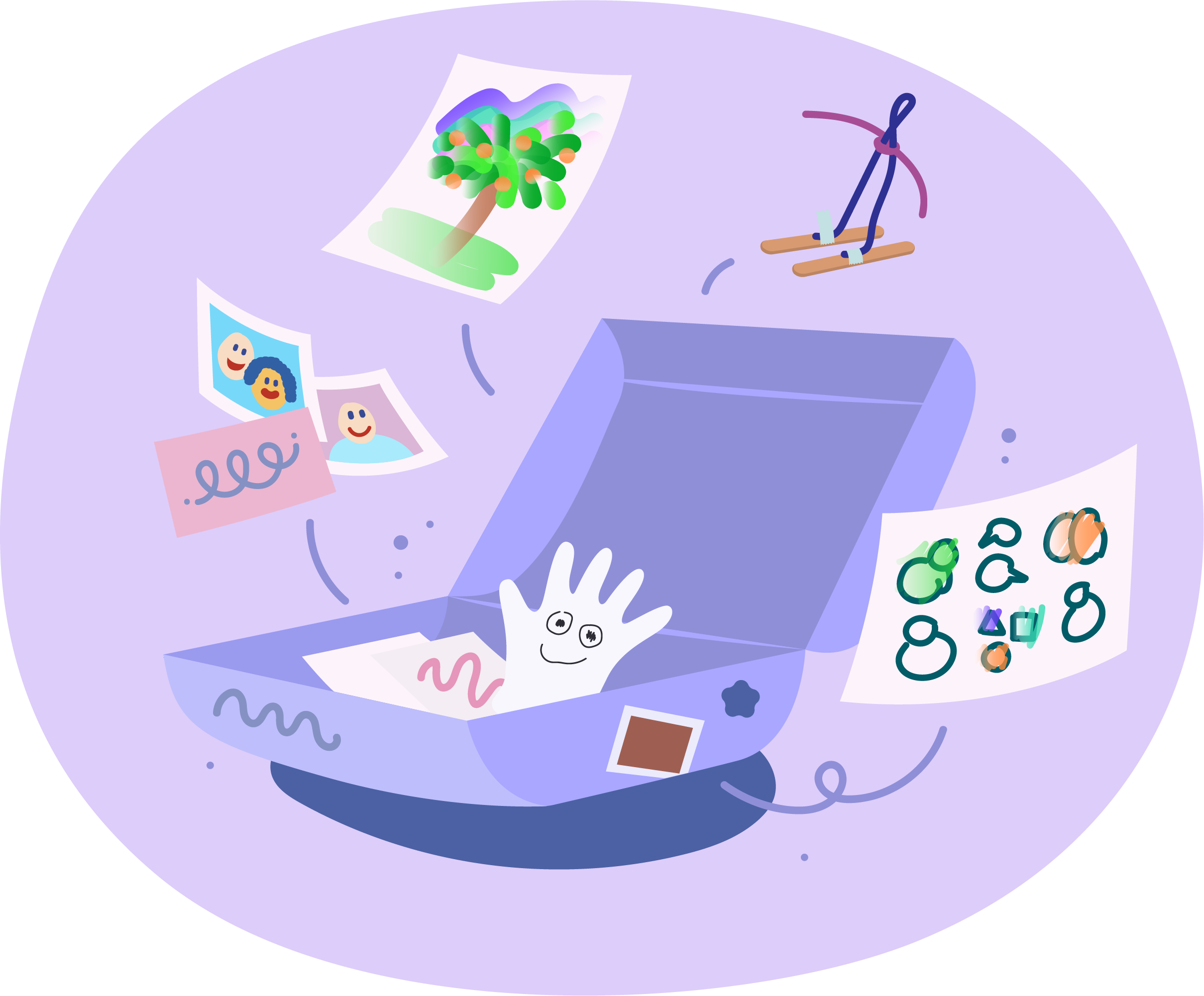 We look at the learning process because that's more beneficial for the child. There is no huge... 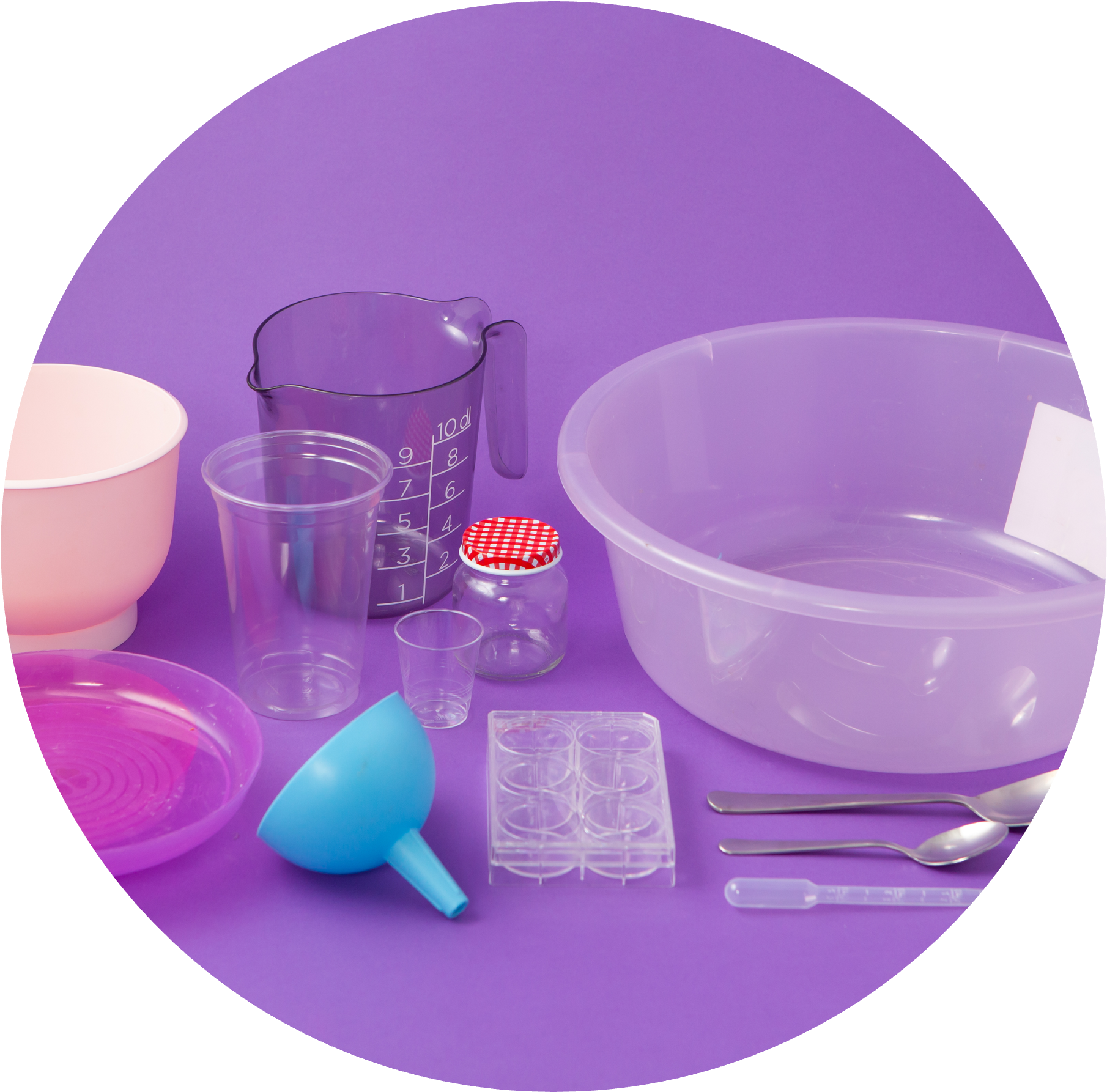 In the beginning of the story, the child runs in and go straight to the new interesting toy. Is...