We use the drama approach, as it helps the child to pay attention and motivates them to get involved. Stories and play make the scientific phenomena easier to approach.

In this, the sixth installment of our ten-part series of teacher trainings, we give some tips for keeping supplies handy and accessible in a way that engages, but doesn't overstimulate, your little scientists.

In our 10-part series of teacher training, we will walk you through the topics and practicalities including transitions in Kide Lessons, pedagogical tips, questions, assessment, storytelling, children’s agency & preparation, drama approach, group management, adult’s role & home experiment, and scientific arguments behind the Kide-approach.

Why Your Science Lessons Should Have a Routine

To have a structure and routines that are always remaining the same will help the child to anticipate what is about to happen. This makes the learning situation safe for a child.

How to Adjust for Different Science Abilities in Your Class

When classes have mixed learning abilities, it's crucial to find ways to keep things challenging and engaging for everyone. Find out how, here. 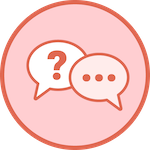 There's a very simple way to answer most children's questions that gets them thinking. What do you think it is?

If you're only assessing your students at the end of the learning process, how can you expect them to improve?

We use stories to set the research problem for the whole lesson and to awaken any previous experiences the scientists might have of these phenomena, creating an imaginary science scenario where everything is possible.

At the beginning of the story, the child runs in and goes straight to the new interesting toy. Is there something we could do here to help the child to come to the circle together?

Hi there, and welcome back.

This video is about drama and stories. Let's have a look.

As you have probably understood from the training so far, drama is one of the key elements in the Kide pedagogy. We use the drama approach, as it helps the child to pay attention and motivates them to get involved. Stories and play make the scientific phenomena easier to approach. Then, we can really invite the children to take part by using the language they understand, the language of play.

Here at Kide Science, we often talk about drama and stories in the same sentence, and they do often go hand in hand, but they don't exactly mean the same thing.

You might feel that using stories is enough and taking a role might not feel natural. If you have already embraced a drama approach, we congratulate you. Well done. And if you are not quite there yet, it's also completely fine. We want to encourage you with this video and show you how the drama approach really supports the child's learning and commitment to the lessons. Let's see what we mean by a few short examples.

In example one, we approach the subject through the scientific explanation purely. Let's see.

Solubility is a chemical property, referring to the ability for a given substance, the solute to dissolve in a solvent. It is measured in terms of the maximum amount of solute dissolved in a solvent at equilibrium. The resulting solution is called a saturated solution.

A bit heavy, right? What do you think a four-year-old could get out of it?

Especially when you work with younger children, this kind of approach simply won't work. Let's see if we could make up something to make it a little bit more approachable with the young children. Let's have a look if example number two would be any better.

We have received a letter. Hoseli the Robot is in trouble.

Hoseli is terribly thirsty and his main processor is an overdrive.

No matter how hard he tries, he just cannot remember which of the weird liquids would quench his thirst.

Robots are curious creatures because they only drink once every 42 years.

Hoseli, however, does remember one thing. The liquid he is looking for does not mix well into the other liquids in his workshop. Can you help our poor overheating Hoseli?

This sounds a little bit more interesting, doesn't it? But is there something more we could do to make the children even more committed to the situation? Let's see example number three in this example, let's try to add story drama to the mix.

It's wonderful to see you here. We are about to start a science adventure together. Today you will be a real scientist. As a mark for that, I have a real scientist coat for you. When you put this on and spin around, you will become a real researcher. There you go.

Put it on. Yes. And now you can spin around.

Wow. Now you are a real scientist. Great. My name in real life is Emilia.

But Let's see what happens when I put this on.

Hi there. My name is Pi. Very nice to see you. I want to tell you about a friend of mine, Hoseli.

The robot, Hoseli, has some problems with the liquids in his workshop.

Let's see if we could help our robot friend by doing some experiments.

After the experiment, remember to hop off your roles and take your clothes off. The role-play has now ended.

And Emilia is back.

Everything starts with a drama agreement. So the drama agreement is not some long, complex written agreement, but it's about very simple role symbols and their meaning. When we put the roles in both on, the play begins and when we take them off, the play ends.

In spite of its simplicity, drama agreement is a very powerful tool that creates the space we are operating in. The adult gives the children a very special role during the lessons and then jumps into a role themselves when the teacher is in a role that can actually make the child experience as an active learner stronger.

Well, drama play helps us to avoid the traditional teacher-student situation with the teacher talks and the student listens.

In addition, role play can help the child to develop the identity as a researcher and a learner and help them feel competent and feel that they can really find out about things themselves.

A drama approach might scare you. You might feel that you would need to have experience on acting and doing theater before you could do a drama agreement or use drama methods while working with children. But we assure you that this is not the case.

Making a drama agreement or using drama as a part of your Kide lessons is not about acting. Simply wearing Pi classes or Kelvin visor is enough. When you jump into a role, you could slightly change your tone a little bit or your posture a little bit when working in the role, but that's not even necessary. It might even scare the children if you act too much.

These physical role marks are often a more effective way to engage then, for example, acting the very high-pitched voice or something like that. What often happens is that the children want to immediately share all their ideas with a teacher at the end of the role play, as if the teacher was not there at the lesson at all. Even if the teacher didn't change the way of speaking or acting at all. The power of drama is amazing. Now it's your turn to try out the power of drama. If you haven't yet tried the drama role-play, then just go ahead and try it. I'm sure you're gonna do a great job.

And after the lesson reflect your experiences, you can even write it down. How did it go? And how did the children react? Have Fun! Bye-bye.

Our pedagogy might not be what parents are used to. Here's how you can explain teaching concepts...

We look at the learning process because that's more beneficial for the child. There is no huge...

How to Control Classroom Chaos

Our aim should be active learning and safe learning environment. Not smoothness and control.