Children want to know how the world works. And as an adult, it is our job to tell them by letting them explore. But there is something different in the way our kids ask their whys nowadays. And in my opinion that difference is due to our journey with science that we started when the kids were 4 and 2 years old.

Our relationship with Kide Science began in 2017. That was when Kide Science had one of their first story-based children science clubs. Our firstborn child was then introduced to the world of Supraland and the mysteries of Hoseli the Robot. I was first drawn to Kide Science because of their very child-friendly approach. Here the children are offered their own world and storyline to follow, and learning how science works is kind of a side effect of the story. I knew from the beginning that this was something that I could easily approve.

When my two children began their adventures with Kide Science, our oldest child was 4. And there has really been no way back to normal after that.

I feel very strongly that having science as a big part of our family’s life has changed the way that our children see the world. Science is everywhere. As adults, we know that, but as a child, you can easily go for a long time without noticing it. Kide Science opens the doors and windows for the kids to see that: science is everywhere we look.

How often do children get a shrug or an “i-don’t-know-ask-somebody-else” answer in response to their why-and-how questions? Children are curious by nature. And the more you feed their curiosity, the more they want to know. At least that's how it usually works. And yes, there are moments when you regret the decision of starting to explain why sometimes the rain comes as water, then snow, then ice and hail. Sometimes there seems to be always a new why-and-how waiting around the corner. It can feel never-ending.

But instead of tossing out the line “I don't know, that's just how it is,” my husband and I have decided to go the long way and explain the whys-and-hows. It takes time, it takes patience, and it also takes knowledge—knowledge I don't always have. I have had to google things, ask my scientist brother to explain some phenomena and sometimes I had to admit that I need some more time to figure out the answer to certain why-and-how questions. But always have we been on the road to full and honest explanations. 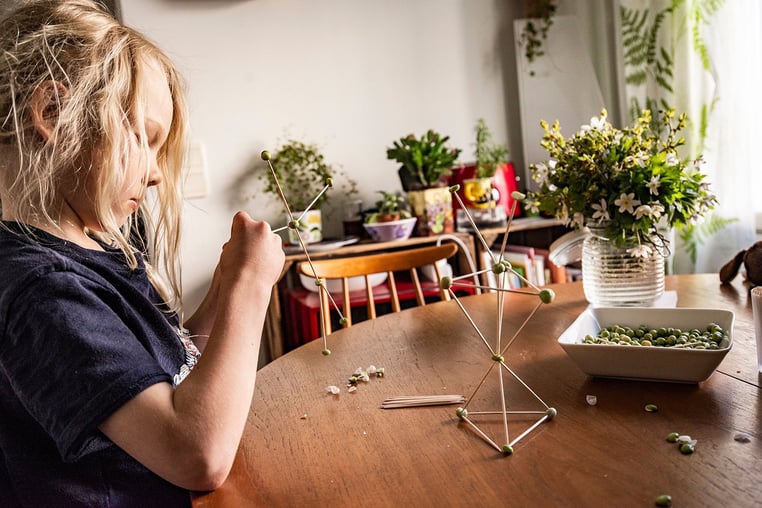 So, what is it that science has brought to us? How exactly has it changed the way our children see the world?

The fact that every child asks why-and-how questions actually has nothing to do with science or teaching science to a child. Yes. That is true. And surely, some children might be very happy with the short answer that water just forms bubbles when it boils, or vinegar just makes baking soda foam, and that's it. After repeating that a few times, they won't ask again. It is what it is.

Instead of that, we still have the why-and-how questions in our everyday life. I believe that curiosity feeds on curiosity. The more you know, the more you want to know. And especially if you are a child.

The most important thing about doing science experiments, not only talking about it, is the magic that the children actually can see the why-and-how. They are not only offered an answer that they might struggle to understand; they are offered a way to make sense of the whole phenomenon.

If you only explain to your child how air shrinks and expands when the temperature changes, they might understand what you are saying, but are they really fully taking it in? Do they really understand what it means in real life? When recreating the question through experiments, you give your child an opportunity to actually see the science with their own eyes. They can see how the air shrinks or expands, and the next time they wonder for example how their bike tire got emptier during a cold fall night they actually might understand what happened, instead of only shrugging their shoulders and thinking, “It just happened.”

Their world is not only a why. It's very much also a knowledge of how. And this is specifically the way in which Kide Science has offered us an eye-opening solution. There are so many things that I could not explain, in the simple way that Kide Science has explained them. Simple, yet understandable, making the subject clear and easy to see and to place in the real world around us. 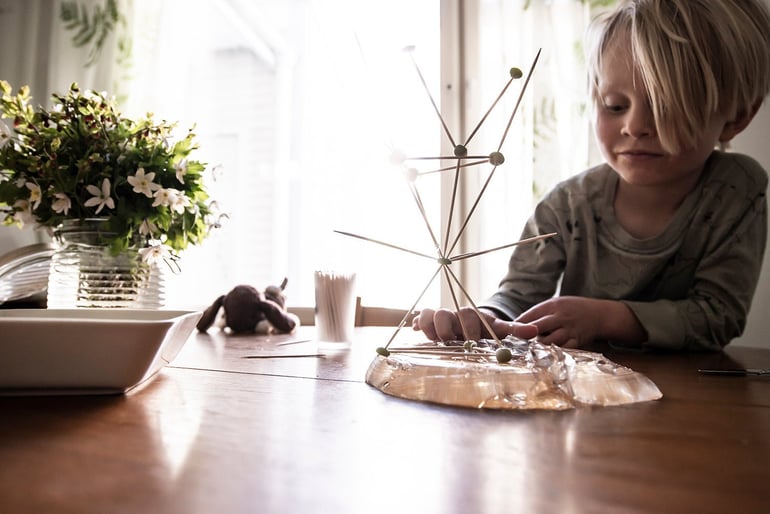 And their wondering is not only bound to that certain age when a child's every sentence begins with “why”? No, by now it's more than that. I believe that if we just keep encouraging the kids to learn, to explore and find ways to question the why-and-how, then they will grow into adults who look around this world with the same endless thirst for more information. I believe that if you learn to question your surroundings as a child, to ask questions and look for the right answers, it gives you tools to survive in life like no other skill will give.

With Kide Science, all this is presented as a story taking place in an enticing setting, a separate world in a sense, which makes it really easy for even a very small child to jump into the world of science. They are carried off with the story, and the actual science part happens almost incidentally. The older they get, the more they start to understand about the actual scientific matter. But what is most important, is that their natural appetite for knowledge is ignited, thanks to Supraland and the opportunity to follow its story-based science.

So even if it is sometimes tiring and even exhausting to listen to the tens of whys-and-hows we get every day, every one of them is actually a sign of lust to understand the world around us. And isn't that interest the best gift a parent can give to their child?

Tests Suck. Don't Give Them.

We did some soul searching about how we dream of assessment and came up with a ~30-page document....

How Do We Know That Children Learn?

We shouldn’t score children in early childhood education -- we ask enough of our teachers as it is....

How to Measure STEAM Skill Growth in Young Scientists

Observing and communicating skill growth can be hard, but it doesn't *need* to be hard. Find out...