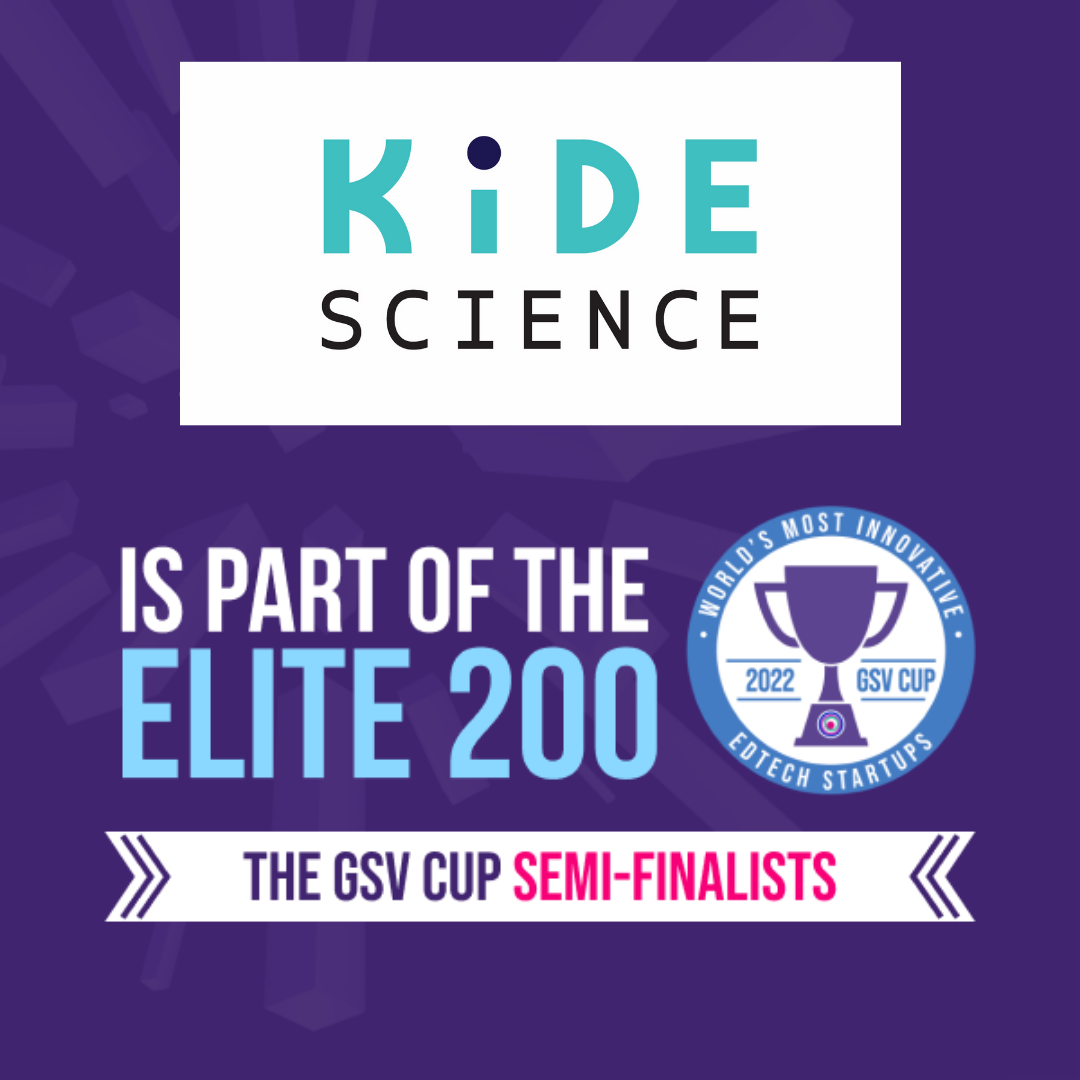 Helsinki, Finland. (Jan 28, 2022) — Kide Science has been selected to The Elite 200, the acclaimed list of semifinalists in The GSV Cup — the world’s largest pitch competition for EdTech startups run by female-led, multi-stage venture capital firm GSV Ventures. Companies selected to The Elite 200 represent the top pre-seed and seed stage startups in digital learning across the “Pre-K to Gray” space. Kide Science will now compete for up to $1M in cash and prizes in San Diego this April at the ASU+GSV Summit, the annual education technology event hosted by Arizona State University and GSV Ventures.

Kide Science was selected from a global applicant pool of 750+ companies, the largest application pool for the GSV Cup yet. More than 175 judges from leading venture capital firms and strategic partners in digital learning like Accel, General Atlantic, Reach Capital, and Owl Ventures, among others, used rigorous criteria to determine the 200 most promising companies.

"It's so exciting to be in such good company of organizations that are also trying to change the world" says Kide Science CEO Sari Hurme-Mehtälä.

“We’re at a critical and exciting time for the future of society,” said Deborah Quazzo, managing partner of GSV Ventures. “The pandemic has made it increasingly clear that Ed is on The Edge — on the edge of innovation, transformation, globalization. We’ve always imagined a new era in which ALL people have equal access to the future, and this year’s Elite 200 companies are emblematic of that vision. We’re proud to name the 200 semifinalists in the GSV Cup competition and look forward to having them pitch live at the ASU+GSV Summit.”

The Elite 200 companies serve learners from Pre-K to Gray, with companies well-distributed across the following categories: Early Childhood, K-12, Higher Education, Adult Consumer Learning, and Adult Enterprise Learning. The 2022 Elite 200 continue to break barriers, comprised of an increasingly diverse and global group:
58% of companies have female founders
51% of companies have founders that identify as people of color
44% of companies are based outside the United States

The GSV Cup is powered by Google Cloud, HubSpot for Startups, HolonIQ, and GSV Ventures.

See Kide Science and the rest of the companies selected to the GSV Cup Elite 200 at https://www.asugsvsummit.com/gsv-cup-elite-200 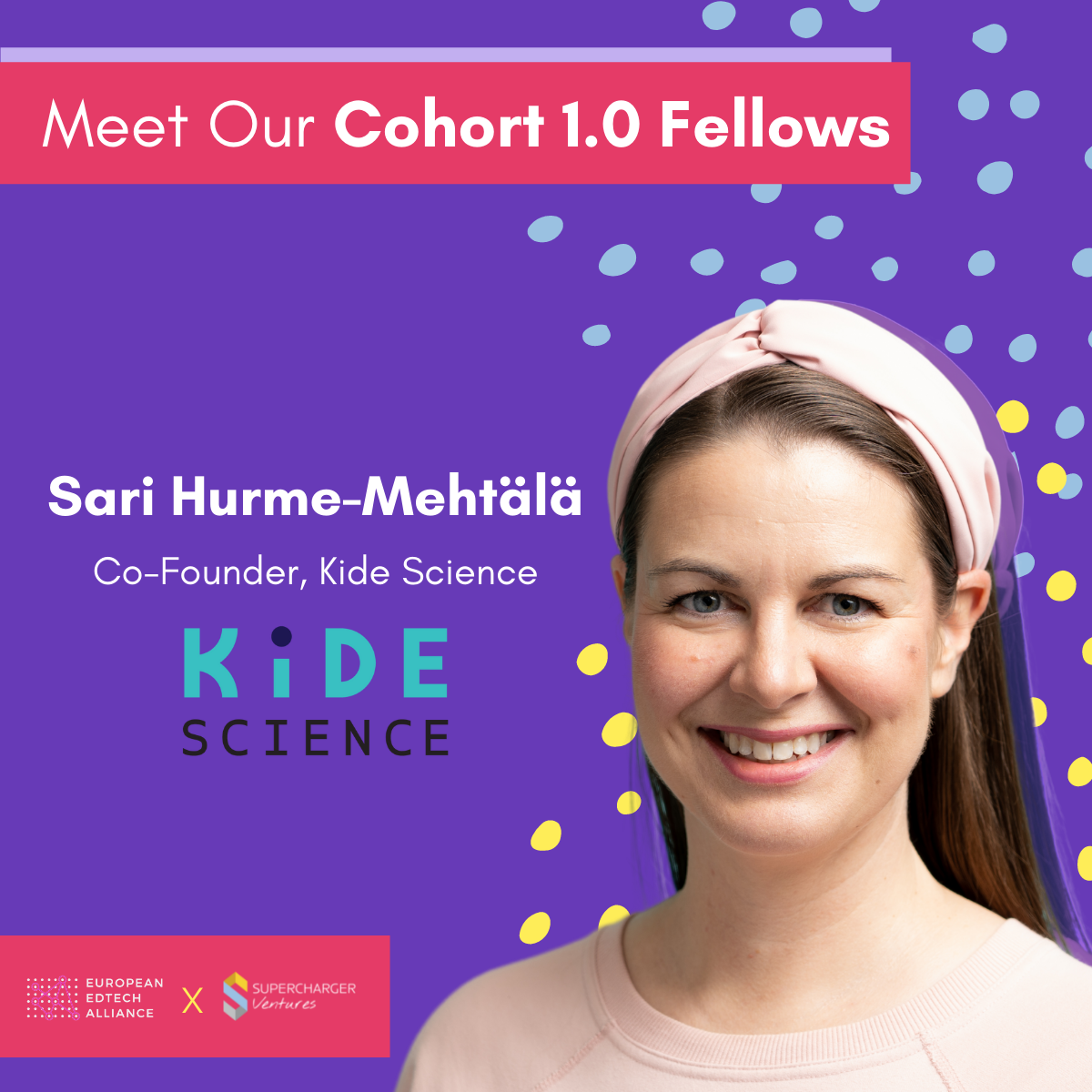 The fellowship is a 6-month programme for women founders in Edtech to help build strong business...

Kide Science is a Finalist for UNICEF &  Extreme Tech Challenge

We were chosen amongst 1,800 applicants in the categories for Top Edtech and UNICEF Edtech... 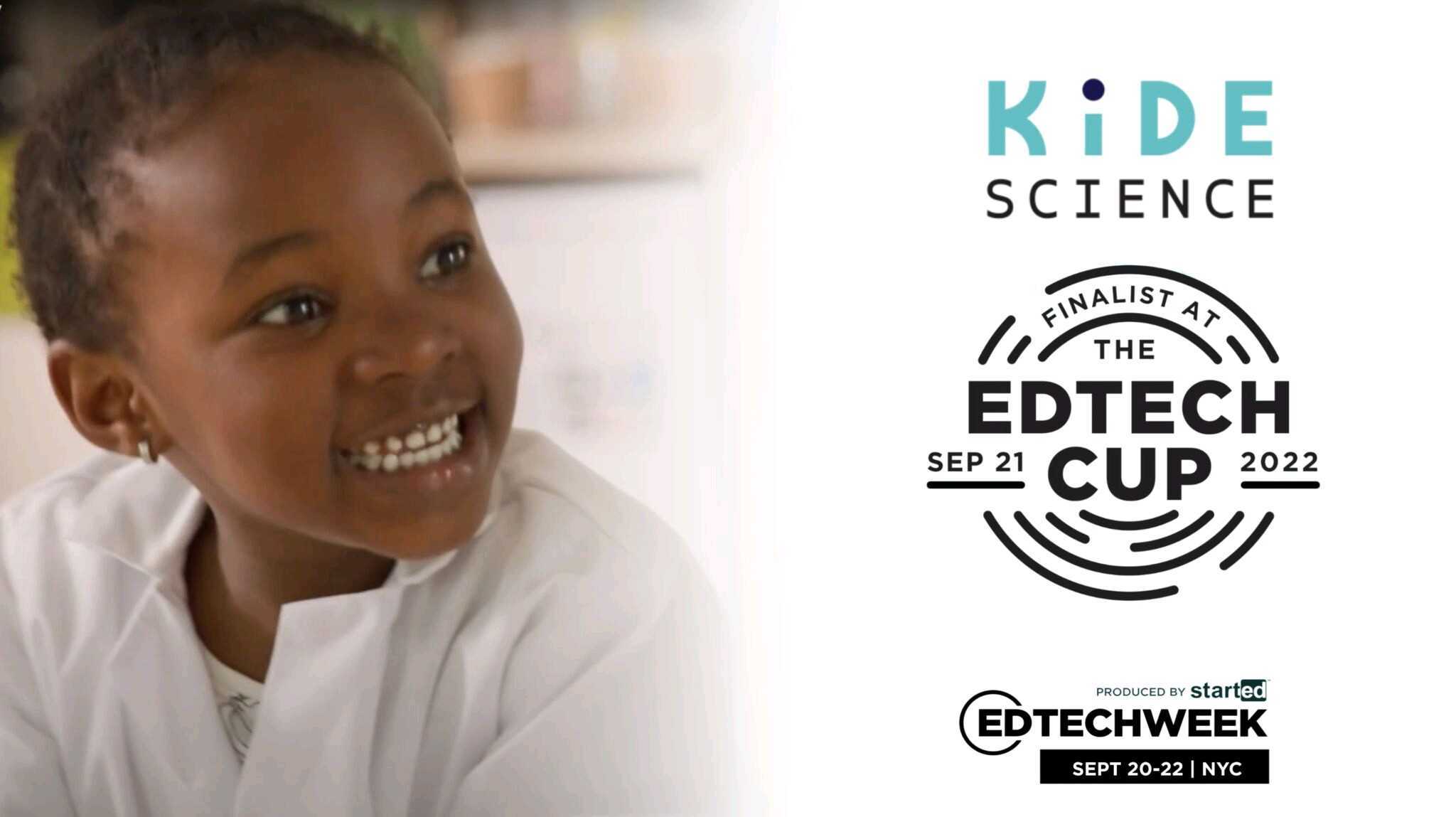 EDTECHWEEK addresses the entire spectrum of education stages "We highlight the people from our...