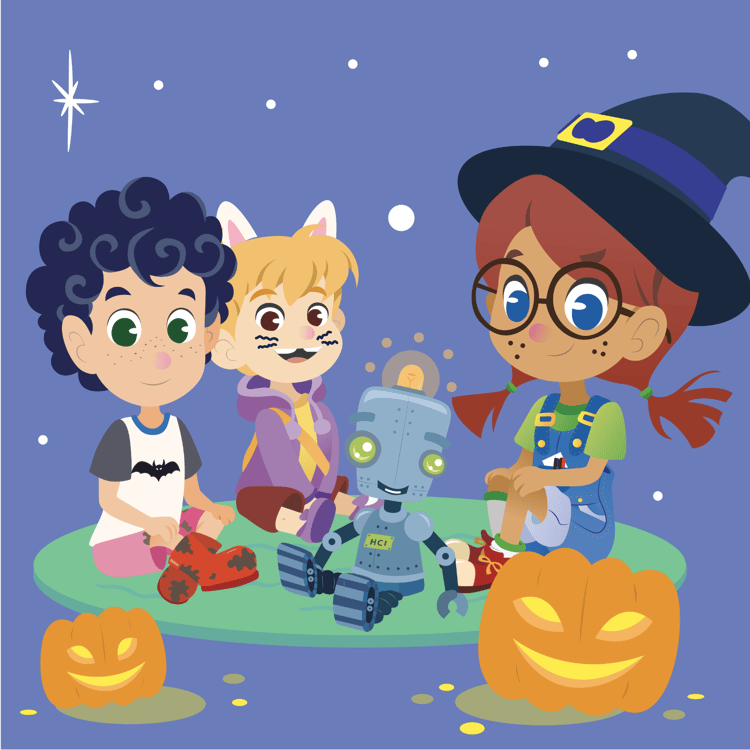 I want to tell you how I tricked my friends Kelvin, Esther, and Hoseli the Robot. You can try the same story and experiment at home!

We were sitting in a dark room telling ghost stories. I asked my friends if they had ever heard of a sleeping ghost that only wakes up for one terrifying moment every hundred years…

Kelvin and Hoseli looked confused. Esther laughed and shouted, "There are no ghosts!"

"Aren't there?" I asked, and raised the head of a ghost lying on the floor to wake it, "This ghost has been asleep for 100 years and today he is going to wake up!"

Everyone laughed at me, but Esther's smile began to fade away when the ghost began to rise…

Everyone shouted in horror and I cried with laughter. Got ‘em! Mwahahaha…

We’d love to see your ghosts! Tag us on social media @kidescience, or use #kidescience. We’re big softies, but if you share something that makes us smile, we might reach out to send something your way…